When Was The Chainsaw Invented

The chainsaw has become one of the most important tools to have if you are in the business of lumbering or are leaving in a wooded area. Chainsaw is a portable mechanical saw; it uses a set of teeth that is attached to a chain that rotates through a guiding bar. But the question some people may be asking is, “when was the chainsaw invented”?

The origin of the chainsaw is not very clear. But there seems to be a consensus on where it originated.

Video: Chainsaw Basics:How to safely use a chainsaw

When Was The Chainsaw Invented?

The surprising thing is that the accepted origin of the chainsaw is from a field that is totally removed from the industry it is known for now. The chainsaw or a tool that has the same resemblance as a chainsaw was first used for surgery in 1780.

Initially, before the advent of the cesarean section, when a woman is having difficulty in childbirth due to the size of the baby or the baby is breeched, a procedure called symphysiotomy is adopted.

Symphysiotomy is a process of removing some bone parts and cartridge to create more room for the easy passage of the baby through the birth canal.

At that time, this process was being done using a saw and a knife. It was a very painful and time-consuming process.

This led to the invention of the chainsaw-like tool. With this tool, the cutting of the hip bone was made faster and little less painful. It is important to note that there was nothing like administering anaesthesia at that time.

This ingenuity was pioneered by two doctors of Scottish origin named James Jeffray and John Aitken, in 1780. But the tool was not as big as the chainsaw that we know of today. Its size is that of a kitchen knife.

Other doctors quickly embraced the use of this tool for other forms of surgery that involved the cutting of bones, including the amputation of diseased bones.

Another German by the name of Bernhard Heine, who was an orthopaedist, also invented a tool that has the shape of a chainsaw in 1830. He called it osteotome. It had a link of the chain that is equipped with tiny cutting teeth that has its edges arranged at angle.

What Is The Oldest Chainsaw Made?

The earliest known chainsaw that was patented was by Samuel Bens from San Francisco. He got it patented on the 17th of January 1905. His intention was to use it for the felling of giant redwoods. But the problem is that the model he made then was very heavy and quite cumbersome.

As a matter of fact, most of the chainsaws of that age were very heavy and had to be pushed on wheels to get them mobile. But in 1918, a Canadian called Millwright J. Shand developed a more portable chainsaw and had it patented.

His patent elapsed in 1930. When he did not renew the patency another company from Germany called Festo, copied his invention and developed on it in 1933. But the company is now known as Festool and is still in the production of portable power and electrical tools.

But with the commencement of World War 2, the purchase of chainsaws from Germany was halted. All the above-mentioned chainsaw developers were from Germany. This led to the springing up of more chainsaw making companies in North America.

Among the oldest makers of the chainsaw in North America is Industrial Engineering Limited in 1947. They later transformed to Pioneer Saws Limited and later as part of a new power tools manufacturing company called Outboard Marine Co. 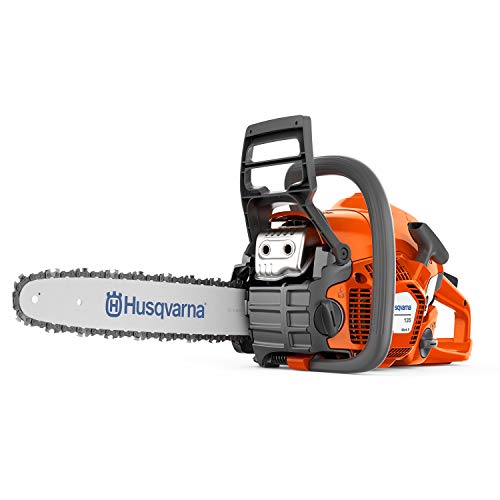 The longest surviving manufacturer of the modern chainsaw in the world is Stihl. Their first chainsaw, an electro-chainsaw, made its first appearance in the market in 1926. The founder of the company, Andreas Stihl, is generally seen as the foremost inventor of the motorized and mobile chainsaw.

How to operate a chainsaw

What is a reciprocating saw ?

What was the original purpose of the chainsaw ?

How to cut plexiglass with a jigsaw

What is a jigsaw ?

What is a compound miter saw ?

The modern chainsaw has experienced a lot of transformation. At the earlier times, the chainsaw was very heavy, weighing as much as 116 pounds. They could not be handled by one person and had to be wheeled around.

But with the development of forged steels and aluminum, the chain saw became lighter. Also, in the cost, it was almost impossible for an individual to afford the money to buy it. It was mainly bought by lumbering firms and the military.

Furthermore, due to this development, the cost of production was drastically reduced. And as a result, the purchasing value dropped drastically.

As more manufacturers joined in the race of chain saw manufacturing, the machine witnessed rapid development. Husqvarna joined the fold and launched its 1st chainsaw in 1959. This model was equipped with a more modern feature.

One of the most notable features it came with was the noise reduction technology. They were able to achieve a 100% reduction in the reduction in noise with the use of hi-tech mufflers.

Furthermore, in 1964 Stihl manufactured the 1st ever anti-vibration hand. It made use of buffer elements which absorbed the vibration that emanated from the engine and blade.

Again, in 1980, it was the turn of Husqvarna to make another addition to the steady development of the chainsaw. Because of their concern for the safety of users of the machine, they invented the automated chain breaker.

This effectively upped the safety standard of chainsaws and led to the drastic reduction of the number of injuries linked to the breaking of the chain.

Who Makes The Best Chainsaw?

The two most popular chainsaws in the world are Stihl chainsaw and Husqvarna chainsaw. Their products are the most widely used in the world.

But it is accepted by all that both manufacturers make the best quality of chainsaws in the market. And they are the leaders when it comes to innovations and breath-taking technological breakthroughs in these machines.

When you look at the history of evolvement of chainsaws, you can’t fail to notice one thing. Most of the developments that have been witnessed over the years have been mainly from either Stihl or Husqvarna.

But we can give you the advantages that both brands have. It will help you in deciding which one is a better machine, depending on where your interest lies.

Additionally, there are other good chainsaws in the market like Echo, Craftsman, Homelite, and so on. These brands have their positives and relevance. Some are battery-powered while some others have other quality innovative additions to them that are quite interesting to the enthusiast.

But we would just look at the two most popular brands to see their qualities and attractive qualities. 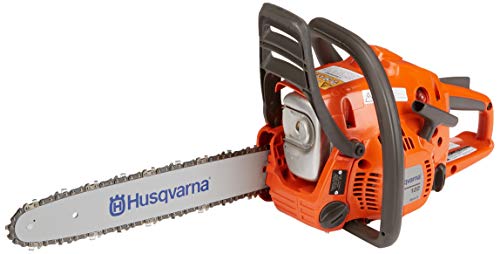 The Advantages Of Husqvarna

Husqvarna is known as the oldest and largest power tools manufacturing company in the world. It started in Sweden around 1690 with the manufacturing of musket.

It took its name from the town that it was first founded in. And as we mentioned earlier, their forage into the chainsaw business started in 1959.

The Advantages Of Stihl

As we have mentioned above, Stihl is known to be a German company that is known for the manufacturing of power tools. They are the pioneer manufacturers of the chainsaw. It was founded in Stuttgart in 1926. It is a privately owned company and its headquarters is now Virginia.

In the United States alone, the company has a staff of over 2100 people. Most of these staff work in the Virginia factory. Its first-ever one-man chainsaw was manufactured in 1950.

Video: When was the chainsaw invented:

If you prefer a visual explanation, watch this video for a detailed explanation.

With these qualities, it is now up to the user to decide which of the two is a better choice. These choices are based on the need and the type of job you intend to use it for.

Since the advent of the chainsaw machine, lumbering has had a lot of improvement in safety, speed, and quality of cuts.

During the pre-chainsaw era, the job of cutting down trees was a very tedious one. The major tool in use then was the axe. This is both risky and time-consuming. This was what led to the people in the business thinking of ways to overcome this obstacle.

This led to the invention of the chainsaw and brought a huge turn around in the timber industry. Looking back at its earliest known history in the medical field, up to when it was transformed to the power tool that we know it as today, the chainsaw has really come a long way. And from the look of things, it will still be with us for the foreseeable future.

How to Use a Miter Saw – Beginner’s Guide

What Do The Numbers On A Chainsaw Chain Mean

We have affiliate relationships with the providers (Amazon, Clickbank, etc) of the products, goods and services that are linked to on this page and may be compensated when you buy. But do note that it doesn't increase the cost of the products to you in any way or determine our verdict on a product/service.

We use cookies on our website to give you the most relevant experience by remembering your preferences and repeat visits. By clicking “Accept All”, you consent to the use of ALL the cookies. However, you may visit "Cookie Settings" to provide a controlled consent.
Cookie SettingsAccept All
Manage consent

This website uses cookies to improve your experience while you navigate through the website. Out of these cookies, the cookies that are categorized as necessary are stored on your browser as they are essential for the working of basic functionalities of the website. We also use third-party cookies that help us analyze and understand how you use this website. These cookies will be stored in your browser only with your consent. You also have the option to opt-out of these cookies. But opting out of some of these cookies may have an effect on your browsing experience.
Necessary Always Enabled
Necessary cookies are absolutely essential for the website to function properly. This category only includes cookies that ensures basic functionalities and security features of the website. These cookies do not store any personal information.
Non-necessary
Any cookies that may not be particularly necessary for the website to function and is used specifically to collect user personal data via analytics, ads, other embedded contents are termed as non-necessary cookies. It is mandatory to procure user consent prior to running these cookies on your website.
SAVE & ACCEPT